“Geezer Butler & Ashdown built for ‘The End’ and beyond…” 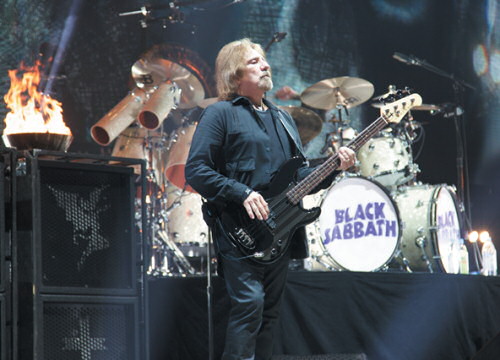 Geezer Butler & Ashdown built for ‘The End’ and beyond…

Ashdown is extremely proud to welcome Mr Geezer Butler to their family roaster.
After agreeing about everything and created a new custom front panel Geezer Butler has finally his own customized APM-1000. We asked directly Ashdown how things went.

Geezer Butler & Ashdown built for ‘The End’ and beyond…

Ashdown is extremely proud to welcome Mr Geezer Butler to their family roaster.
After agreeing about everything and created a new custom front panel Geezer Butler has finally his own customized APM-1000. We asked directly Ashdown how things went.

During the past 18 months we have been busy working on a number of new projects and custom rigs for various bass players, but none have been as exciting as this.? After talking extensively with Geezer’s long standing tech, Terry Welty about Geezer’s touring needs, we had a few ideas for a solution, able to withstand the rigours of the road with some very specific features to meet his needs.

So, we got to work on a rig of Doom, destined for ‘The End’, based on our late great friend John Entwistle’s final touring set up, the premise was to be able to separate the high and low signals to suit his current custom stage cabinets which consists of 4 x 412’s and 4 x 215’s.
We took an original JE pre amp and came up with a few specific modifications; they needed to be able to split the signals to run 4 cabs for the full range signal into the 412’s so we modified the existing two-way crossover to a custom transformer derived crossover able to power 4 outputs to feed the two APM-1000’s that would drive his on stage 412’s.

This was also mimicked with an identical pre-amp and power amp configuration to power the Low pass signals for his 4 on stage 215’s. Geezer also needed a little more grit in his tone, so we increased the current to the pre-amps on board JJ-12-AX7 tube to give it much more of a rich harmonic distortion to suit his legendary tone.

This was quite a challenge in itself as many of the parts originally used to build Entwistle’s rig back in 2001 are no longer available. Luckily one of our engineers had squirreled away a small reserve of parts we had shelved in 2002 after John’s untimely death. So, we got to work and the result is seen below and is being used on stage for ‘The End’ tour. There needed to be two identical rigs due to the touring schedule, so in the end we built 9 custom power amps the APM-1000’s along with 4 Custom RPM-GB pre amps.

We are honoured to have such an in influential and legendary bass player using our amps, especially for this tour. Geezer has always had a very special place in our hearts as bass players, from learning his bass lines to perform at school assemblys in the 70’s to today when we stick on ‘NIB’ or ‘Hand of Doom’ in the office. Geezer laid a path for bass players around the globe, one so unique that to this day he continues to inspire new bass players. Setting a new standard in meaning of LOW-END.

For the past 3 years Geezer has also been using one of our CTM-15 drop head combos as his dressing room rig for his pre show warm up.

On Thursday18th February 2016 we flew over to Detroit to meet up with Geezer and Terry at their show to go through the rig, make a few cosmetic changes and make sure everything was working as expected. It was!… We had a great day running through the rig and changing the front panels to a new custom (just of Geezer) front panel with a new two colour screen with an off white border and a Sabbath purple overlay.

It was a long day having flown over from London the day before, but we got the rig built and ready before line check and sound check… Standing on stage in front of the wall of doom while it was being played really was very special, “ground shaking and devastating” is all we can say, a huge wall of tone with “lots of low end punch and definition. And the mids and top end were clear as a bell” – one person commented.

Post sound check we got to work on the rest of the rig to make sure all was good to send on tour across the world. Show time came and the excitement in the sold out Palace Arena in Auburn Hills was out of this world as they kicked into a greatest hits set, opening with the 1970 single ‘Black Sabbath’. The band were on fine form and wonderful to see them enjoying it as much today as ever before. This show was a special one for Tony Iommi who was celebrating his ‘49th’ Birthday. Ozzy led proceedings by singing Happy Birthday and presenting him with a Birthday Cake. They went on to perform an epic two-hour set full of classics.

After the show we had a nice chat with Geezer who was made up by the custom rig and excited to be using Ashdown on the tour. It really was an honour to shake the ‘hand of doom’ and be able to say thanks for the opportunity of working with him. As you can tell by Dan’s face, he was a little chuffed to say the least! It really does mean the world to us – being a small family run company and getting the opportunity to work with such a legendary bass player.