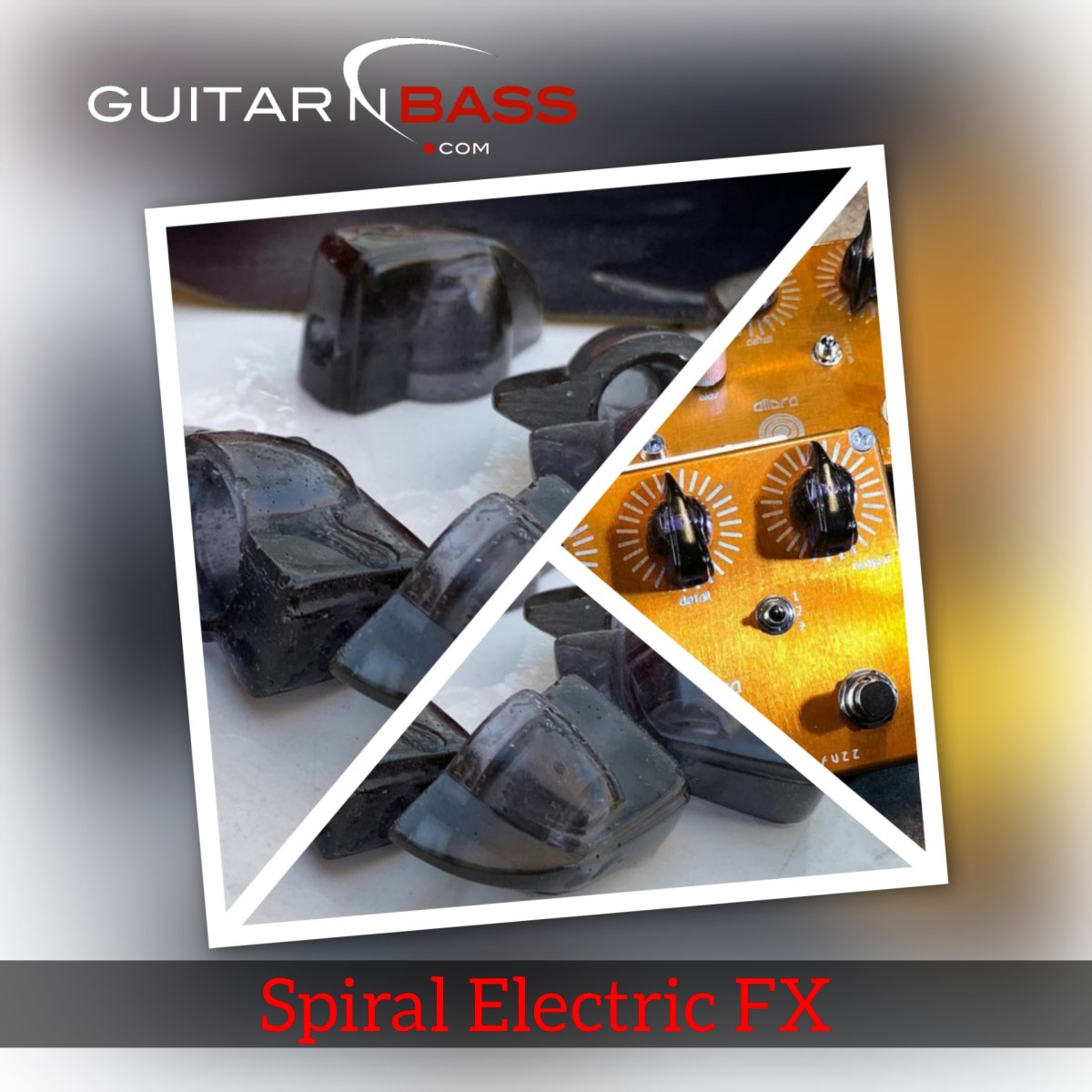 Spiral Electric FX are designed and hand-made by me one at a time, out of the highest quality parts. Sonically, they are meant to inspire and enable fellow musicians to create what is in their hearts.

Hello, my name is Tom Cram. My new company Spiral Electric FX was conceived back in 2011, but I was forced to shelve the idea when I took over product development and management of DigiTech/DOD. Now that I am free, I can dive into making effects that I always envisioned, but was unable to make due to various corporate restrictions.

Spiral Electric FX are designed and hand-made by me one at a time, out of the highest quality parts. Sonically, they are meant to inspire and enable fellow musicians to create what is in their hearts.

This project has become a family affair, both my wife and I have wide-ranging artistic interests and skills, and our goal is to bring all of these interests together with Spiral Electric FX. I’ve been a bassist/guitarist/songwriter since I was 15 years old. The electronics and metal work/treatments are a direct link to my motorcycle customization interest. Our hand-made boxes are my wife’s design, and we utilize a wood staining technique I discovered while making a Telecaster-style guitar from scratch. Even my son has gotten in on the project, he came up with the “Electric FX” part of our name and has been cutting and bending wire like a pro. I taught him how to solder when he was 8, Maybe, one day, his work will be in a Spiral Electric FX pedal.

We laser-etch our graphics, laser-cut our boxes, knob locks, and Pick Shakers, right here in our shop. I started making a list of everything we do in-house and it became ridiculously long (and boring). So it is probably better to list what we farm out: Schematics for the Black Spiral were created from my prototypes by Parker Coons, and PCB’s were designed by Robert Bird of www.PedalPCB.com. Our I/O panels are cast elsewhere, and I drill them here. However, I’ve been having some ideas about those and they may move in-house as well. We also don’t make our own plywood for the boxes, but we have been known to plane stuff that isn’t right! I almost mentioned that we don’t make our own paper, but I remembered that we are actually planning on making our own paper for some future Limited Editions. It sounds crazy, but we actually love doing stuff like that.
After running a large company like DigiTech/DOD I felt a great need to simplify, and to create something with a more personal, direct connection with my fellow musicians. This obviously means that the scale of Spiral Electric FX is far, far, smaller but I prefer having my hands on everything.

I am a huge fuzz nerd so naturally I wanted our first pedal to be a fuzz. The Black Spiral Fuzz is based upon a ’70’s-era Maestro FZ1-S but with a lot of additions and tweaks. Foremost is the addition of the Nanolog N2 Molecular Junction. I was fortunate to be able to try out some prototypes of the Nanolog N1 in a different circuit when they came out a couple of years ago, and I was very impressed. I first tried the Nanolog N2 in July of 2018 in a simple Bazz Fuss circuit that I breadboarded and was blown away. I immediately incorporated it into the prototype of the Black Spiral. I consider the Black Spiral to be a great alternative to the glut of Big Muff variations out in the world – The Black Spiral is brighter, raunchier, and much scarier. The Black Spiral is to the Muff what Cannibal Holocaust is to Carrie. While both are horror movies, they couldn’t be more different.

Spiral Electric FX first offerings will be all analog, but that isn’t to say I won’t incorporate digital designs at some future date. Due to working on DigiTech’s digital pedals, I have a lot of experience tuning and tweaking digital algorithms, but I have zero experience coding. Digital algorithm creation is an area that I am eager to learn, but I am looking up from the lowest base camp of Everest.

A final note on the look of the Black Spiral (and future Spiral Electric FX Pedals). Both my wife and I are heavily interested in a Japanese design aesthetic called Wabi Sabi. The basic concept is to embrace imperfection and to honor the intrinsic nature of the materials used. I am also very much into the Bauhaus design school but especially where Bauhaus was corrupted into what became known as Brutalism.