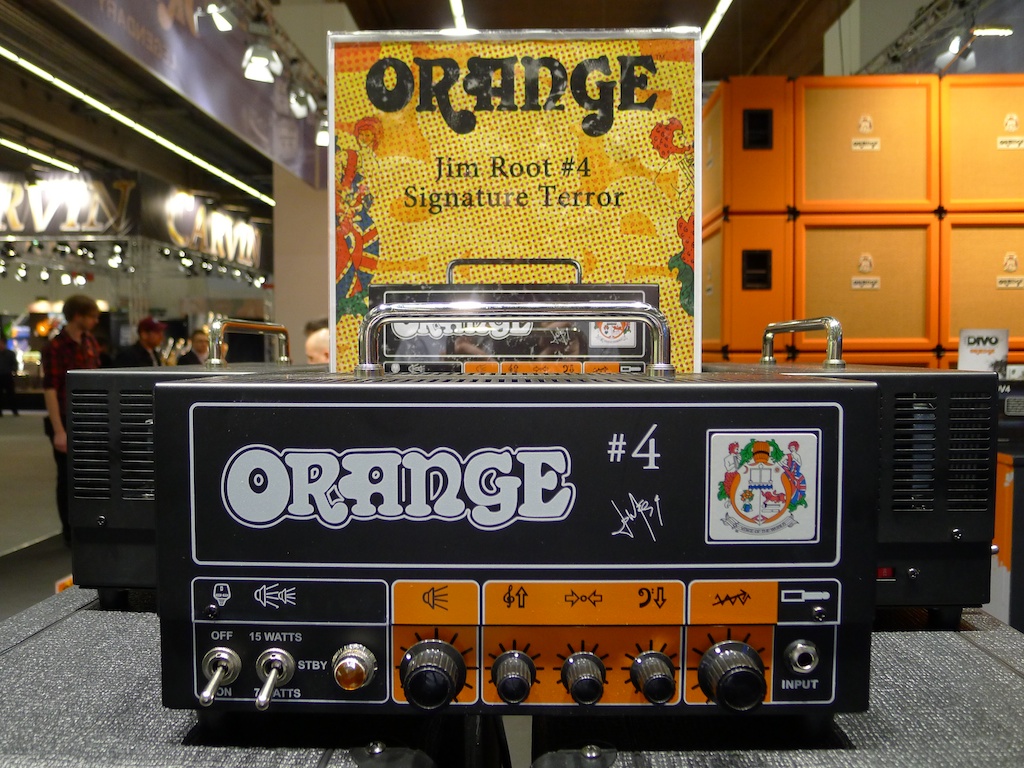 Orange was founded in 1968 by Clifford Cooper of London, and started as a recording studio. The studio featured an IBC mixing console originally owned by Joe Meek of The Millionaires.

In autumn 1968, Cliff placed an order with the Huddersfield-based company Matamp (named after founder Mat Mathias)[1] to make some 100-watt valve amps for Orange to Cooper’s design. The manufacturing plant in the United States signifies that only the US-distributed Oranges cabinets are made in the States; currently, valve amps are manufactured in England and China.

Orange amplifiers are high to mid-gain valve/vacuum tube amp heads, designed to be coupled with a matching speaker cabinet. Their most popular guitar amplifiers were the OR120, usually referred to as the “pics only” or “Graphic” model for its use of pictures instead of text to indicate each knob’s function, and the later OD120 overdrive model which was equipped with a master volume control. Most Orange guitar amps were based on output circuitry which used EL34 tubes (as did other popular British amp makers, and were available in the separate amp head and speaker cabinet format.

In the 1970s, Orange also made ‘hybrid’ PA amps that coupled a solid-state mixer stage with a tube (valve) power stage. In recent years, Orange has also produced guitar combo amps (speaker and amplifier in one assembly), as well as amplifiers for bass guitar and other audio products.

Orange introduced the solid-state ‘Crush’ series in 2001, and in 2004 they introduced the new Rocker series. This series consists of five different amp models. These are the Rocker 30, which features a classic British rock sound, 2x EL34 power tubes working in Class A and today being the only amp available as a 1×12 combo. The Rockerverb uses similar circuitry, but has an extra gain stage and much more modern voicing. They also feature a reverb. The Rockerverb comes as a 50 watt head (featuring 4x 6V6 power tubes) and a 100 watt head (featuring 4x EL34 power tubes, but these can be switched to 6L6 or 6550 power tubes). In 2010, Orange updated the Rockerverb series to Rockerverb MkII’s, which feature a new midrange control knob on the clean channel (previously a 2-band hi/lo only), a more transparent effects loop, and improved reverb. The Rockerverbs are now manufactured standard with EL34’s and have more diverse tube-switching options, including the option to use 6V6’s and KT88’s.

In 2006 Orange introduced two new amps- the small and portable Tiny Terror, which has received big popularity for its ease of use, excellent tone and low price and the Thunderverb 200, which is a guitar/ bass amp with 200 watts of power (6 x 6550 power tubes) and an inbuilt attenuator, aimed more at modern sounds. Orange also revealed a smaller version, the Thunderverb 50, which has a 50 watt output. In 2008 Orange released a re-make of the ‘Pics only’/’Graphic’ head. There were 40 of the custom shop OR50’s to be released, each with a different circuit and girl’s name instead of a serial number. There is also a non-custom shop version of the OR50, the OR50H, which was also a series limited to 2008, though produced in greater quantities than that of the custom OR50 series. The OR50H also featured an additional control knob (pre-amp volume).

In 2009, Orange unveiled the two channel Dual Terror at the NAMM Convention in Anaheim, Ca. The first “Tiny Terror” channel features the same circuitry as the Tiny Terror amp. The second “Fat” channel has a similar sound but with more gain and a more prominent low end. The Dual Terror features 30 watts of power delivered by four 12AX7 preamp tubes and four EL-84 power tubes. The amp is switchable down to 15 watts and 7 watts via a half/full power switch on the front of the amp and a 4 power tube/ 2 power tube switch on the back. The Dual Terror is also physically larger than the Tiny Terror.