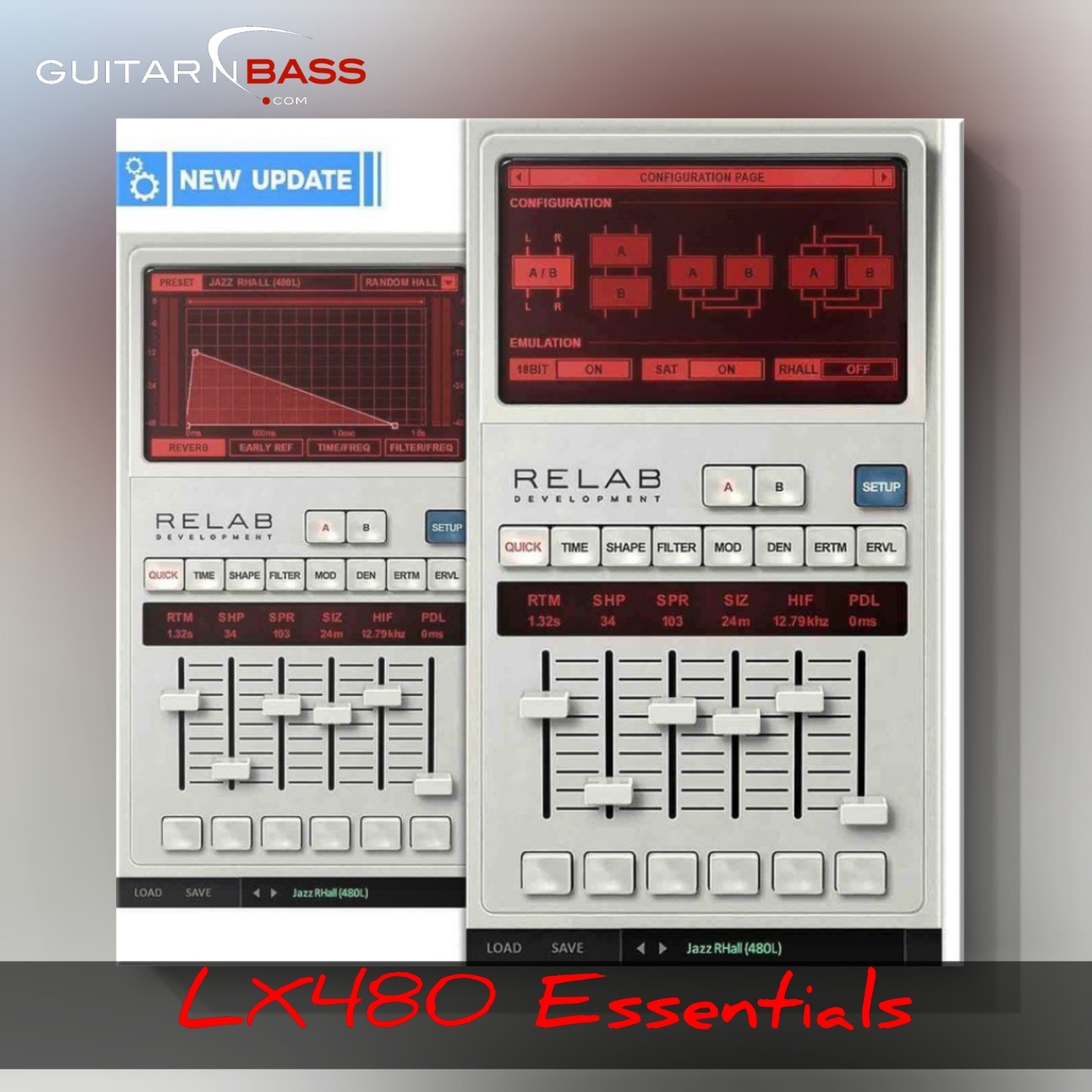 Introducing The Relab LX480 Essentials
For decades, the 480L* has been the standard by which all other reverb processors have been measured.

With Relab LX480 Essentials, now you can bring FOUR of the most famous reverb sounds from the legendary 480L* – natively to your mixes…

Fat Plate
What the 480 was famous for – lush, rich, shiny plates without any mix clutter. Designed to emulate the sounds of metal plates, with a relatively bright, colored sound. Great for vocals and percussion.

Small Ambience
Designed to become a part of the direct sound, the ambience algorithm is very effective in adding distance to a very dry sounding track. Great for really short drum rooms, and for an impression that is more felt than heard.

Medium Hall
One of the most traditional reverb sounds, this classic favourite was designed to emulate a real medium-sized hall. Great for giving tracks a sense of belonging to the same space with a smooth and even decay.

Large Wood Room
Designed to emulate coloured sounding spaces, the room is typically less noticeable than a Hall. This algorithm can be effectively used to create the sense of space, without being overtly distinguishable. Great for film, TV and all genres of music production.

The original 480L* hardware reverb was introduced in 1986 and has been used on countless chart-topping recordings. For over 3 decades it has been the “go to” reverb for top music producers and recording engineers worldwide. The 480L* has been the standard by which all other reverb processors have been measured.

BASED ON A TRUE ALL ORIGINAL “GOLDEN UNIT”

For the Relab LX480 Essentials, we modelled one of the very best of the 480s* ever – a true “golden unit”

Relab was lucky enough to acquire one of the original 480s* from the Hit Factory in New York when they closed their doors.

You can’t even begin to imagine the list of mixes on which this unit was used!

This studio was home to sessions by John Lennon, Stevie Wonder, Bruce Springsteen, Beyoncé, U2, Michael Jackson… The list is endless.

It doesn’t get much more perfect or “golden” than that!

And with the Relab LX480 Essentials you can now get that very same legendary reverb sound – natively in your DAW.